I’m excited to be a part of Big Data Week this year. For those of you who aren’t familiar with the phenomenon of big data, IBM has a pretty good definition.  In essence, we are collecting huge amounts of data by virtue of living in a technologically advanced world, and those data are collected rapidly in a diverse range of formats. The challenge now is what to do with all of it! Big Data Week, which is running from 22-28 April 2013, is an international movement that was established in 2011 to connect businesses, data scientists, and technology groups to explore novel social, political, technological and commercial applications of big data.  Leeds Data Thing is my local big data group, formed in 2013 to provide a venue for the discussion of local big data applications.  They are putting on a range of events for BDW 2013, and I have volunteered to give a short presentation at one of those events.

END_OF_DOCUMENT_TOKEN_TO_BE_REPLACED 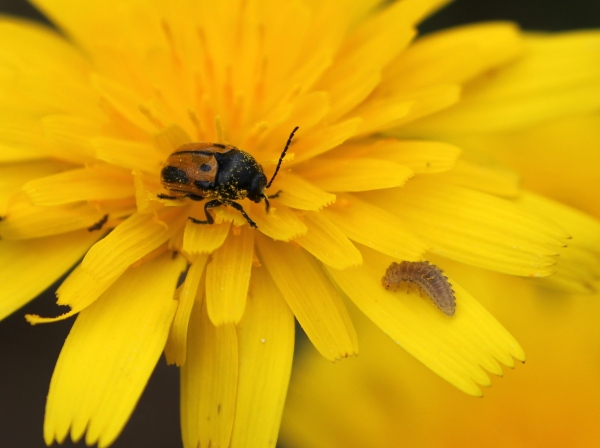 I took this photo while I was teaching on a field course in Spain earlier this month (harder work than it sounds).  It was a nice opportunity to try out my camera (which I have been trying and failing to do on this blog) as spring is in full swing over there.  I was amazed by the diversity of animals that I only found on flowers (although part of that might have been that the flower-dwellers were more noticeable…), but I was surprised to see what look like two different life history stages of potentially the same species on a single flower.  Does anybody know what this beetle is…?

UPDATE 21/7/13: My friend Patrick suggests that it could be Cryptocephalus rugicollis.  Looks like a good call to me!

I feel that I should demote myself from “blogger” to “occasional blogger”…  But I have an excuse!  Exciting things are happening, and I have been involved in some new projects which have taken up a considerable amount of time.  Aside from a massive EU grant application (which has taken an inordinate amount of time to produce 25,000 words), I have also been finalising the launch of the West Yorkshire Ponds Project (WYPP, click the image to go to the page):

WYPP is the beginning of a new research project that I have had in the pipeline for some time.  The aim is to spread knowledge about the value of urban wetlands (focusing on the West Yorkshire region for now) while seeking collaborations with which to advance that knowledge.  Feel free to browse around the www.wypp.org site to find out more about the value of ponds (flood prevention, pollution reduction, biodiversity enhancement), and how school ponds can bring nature within reach of the most inner-city of schools.

I’d appreciate feedback or comments on the site, and I’d love to hear from anyone in the West Yorkshire area who might be interested in working with me on this project.  It is going to be very community-oriented so the more the merrier! 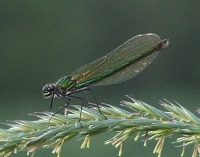 Inspired by this xkcd comic, and facilitated by this online tool, people have been summarising all kinds of ideas using the 1,000 most common words.  Naturally PhD students have latched onto this as a source of procrastination and, in a show of solidarity, I decided to join them (this was during my lunch break – honest!).  Here’s my PhD thesis:

My work looks at how animals change as the world gets warmer.  My animal is like a fly but it has four flying bits, eats other animals, and has big eyes.  By looking at where people saw these animals in the past, I figured out how the place and time at which they appear changes with how hot it is.   I found that they appear earlier when it is hot, which is interesting because these animals spend most of their lives in water.  Animals in water had not been shown to change when they appear in this way before.   I also looked at the ways in which we look at changes in where animals appear and showed the best way to look at this problem.  Last, I looked at how the form of these animals changes as they move when it gets hotter.  I found that the animals that had moved a long way had a form that made it easy for them to move (like big flying bits).  In short, the changes shown by the animals that I looked at can be used to build a case for a warming world.

Looks a bit gormless, to be honest… 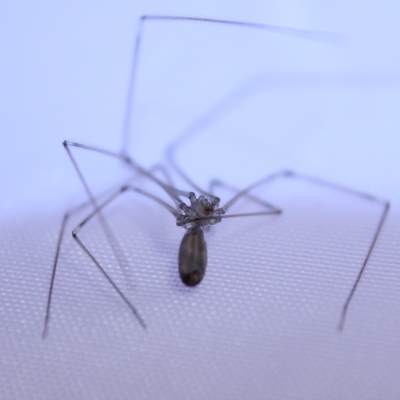 A bit more dignified, after I had rearranged him to look a bit less dead.. The fade to black in the background wasn’t intentional, but I like it!

A ventral (stomach) view. This species is quite easy to confuse with a harvestman (related to spiders, but not spiders), if you don’t know what to look for. To tell harvestmen from spiders, look for the join between the thorax (the body segment with legs) and the abdomen (the segment that doesn’t have legs). If you can see the join clearly where there is a “pinched-off” section then it is a spider. Harvestmen have fused segments so that it looks like the thorax and abdomen are one.

First, a warning to anyone who doesn’t like spiders: I was trying out my macro again, and there are some pretty big close-ups…   Now that that’s over with, this week I wanted to try out a new toy.  I had been hoping that my new light box would arrive for last week’s macro attempt, […] 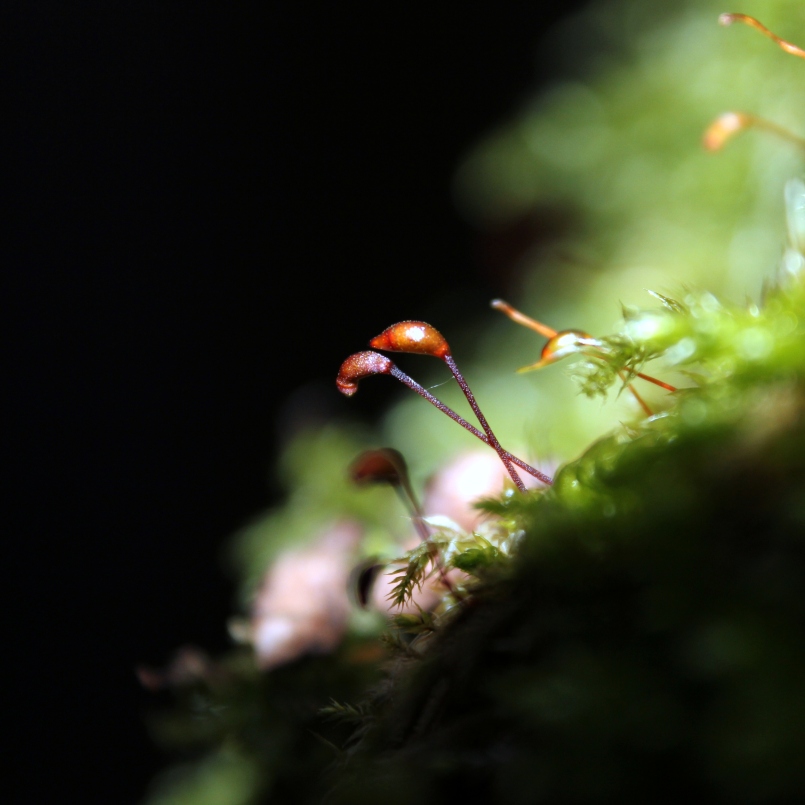 This is the clear favourite from the trip. Shot with the Raynox macro attachment, with flash to provide the contrast. Not perfect, but I like how it came out.

More moss, this time with lots of fruiting bodies standing to attention. 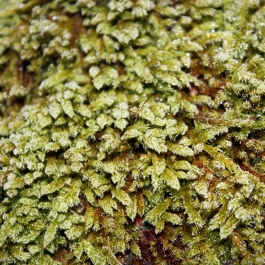 This was the first shot of the day – you can see the frost on each of the fronds.

The entrance to the path along Woodhouse Ridge. I like the symmetry :-)

I’m not sure what it is about this photo, but I like it. It could be the muted colours and the gentle meander of the path… 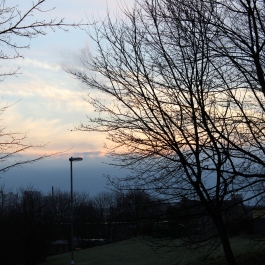 The best view of the sky that I managed (and not great at all even then!). Looking south from the end of Woodhouse Ridge.

So originally this was going to be a post full of wonderful sunrise photographs.  Unfortunately, a combination of cloudy British skies and a slope that refused (no matter how much I willed it) to turn to face the south-east  conspired against me.  Instead, I had a good chance to try out my macro attachment.  I […]

The butterflies were flighty, so most of my photos are of the plants….

I like these kinds of shots: small central focus and hazy green background. 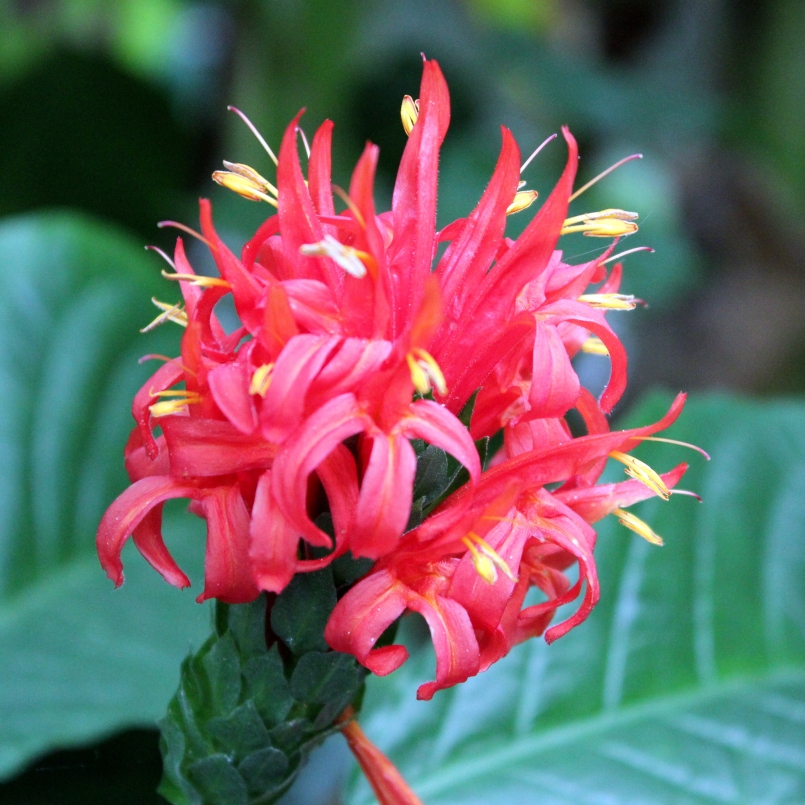 This was a hugely complex flower and the camera decided to focus on some minor green bits in the middle. Still, I like the shape! 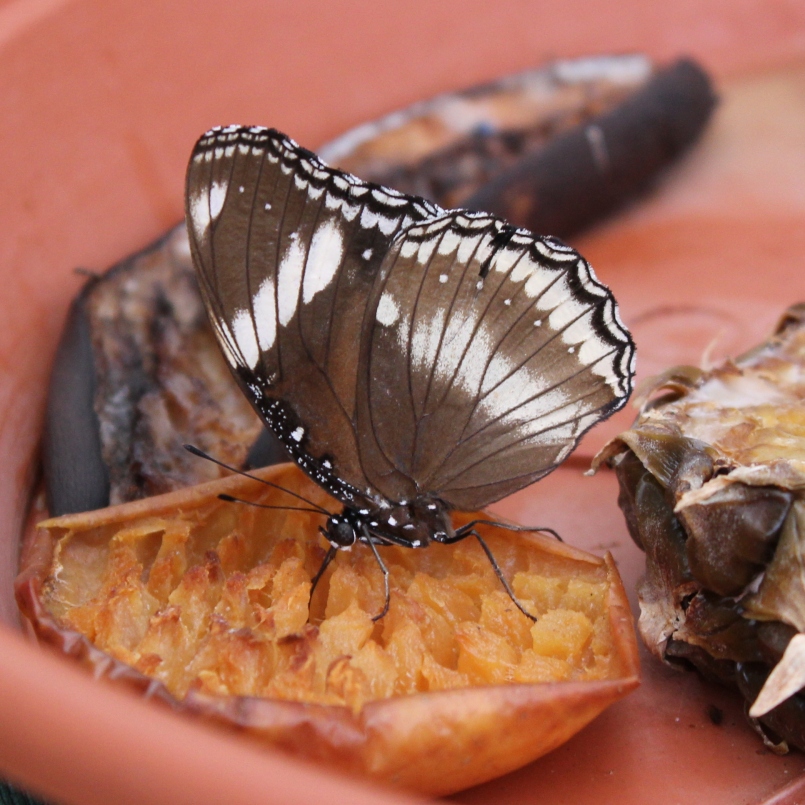 I don’t know what species of butterfly this is, but it was the only one out of a few dozen individuals of a couple of species, that used the feeding platforms. If there hadn’t been crowds of screaming kids everywhere then I might have had a try with the macro lens…

Probably my favourite photo from the day was this little muscid fly outside the tropical house. Natural light is so much easier than indoors! 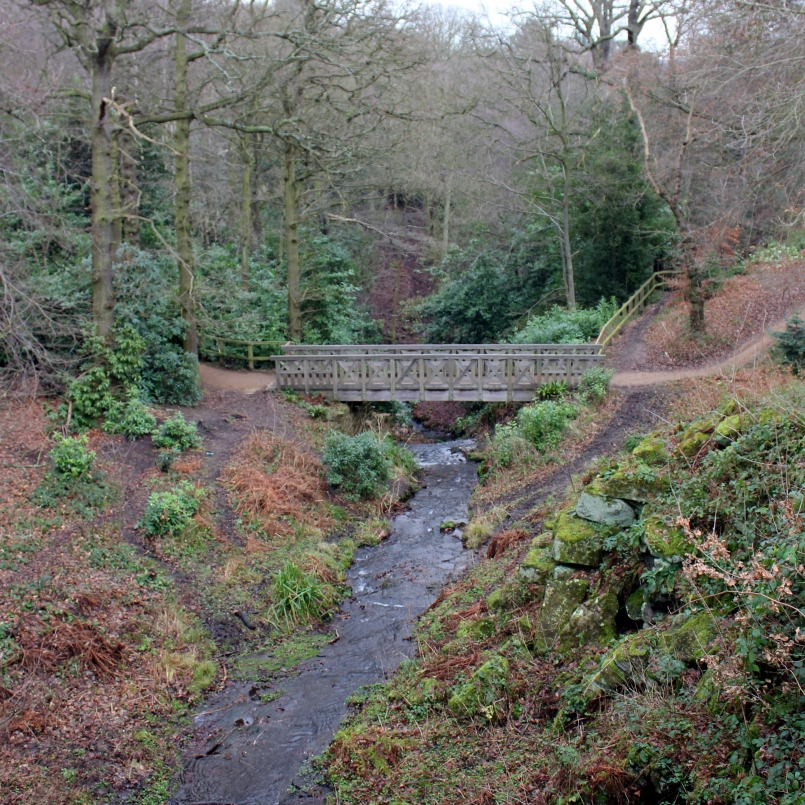 We were walking home, and I knew I would be shy a few good shots, so here’s a bridge!

Right, week 1 of my photography “project”.  To ease myself in, my partner and I decided to go to “Tropical World” in Leeds.  This is an indoor zoo with aquaria, meerkats, and (most importantly) a butterfly house.  “Great”, I thought, “fish [or butterflies…] in a barrel!”  However, the butterfly house itself seemed only to contain […]

OK, so my plan is to get out and actually use the rather expensive camera that I treated myself to last year (a Canon Rebel T2i).  I’m ramping up for a summer of insect photography, but for now I will settle for whatever nature happens to be around.  My idea is to post seven photographs […]

END_OF_DOCUMENT_TOKEN_TO_BE_REPLACED

“…no life schedule, even under the most benign ecology possible, could escape my spectrum of forces of senescence..in the farthest reaches of almost any bizarre universe.”

END_OF_DOCUMENT_TOKEN_TO_BE_REPLACED

Back to top
Katatrepsis
Create a free website or blog at WordPress.com.