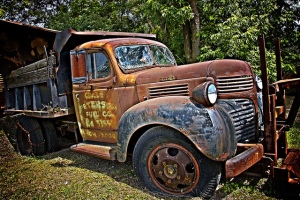 Background:  Ageing is thought to be one of the most widespread biological phenomenon, though it has often been said that insects do not live long enough to experience it. Experiments with insects in laboratories under ideal conditions have shown that ageing does occur, but there are very few studies that have demonstrated this in the wild.

What we did: We used two extensive datasets of sightings of the azure damselfly, Coenagrion puella, to look for an effect of “demographic senescence”.  What this means is that the chance of an animal dying on any given day increases as it gets older.  Hundreds of animals were marked and followed for their whole lives over two summers.  The damselflies live for, on average, 7 days after marking and that follows a period of around 10-12 days of maturation.  What we showed was that, even over so short a lifespan, there was a detectable signal of age-related mortality.  We also demonstrated that there were a number of other variables, principally weather and parasites, that also influence the chance of a damselfly dying.

Importance: Ours was only the second study that comprehensively demonstrated ageing in a wild insect population.

This is part of a series of short lay summaries that describe the technical publications I have authored.  This paper, entitled “Empirical evidence of senescence in adult damselflies (Odonata: Zygoptera)”, was published in the Journal of Animal Ecology in 2010. You can find this paper online at the publisher, or on Figshare.