In September I gave a Cafe Scientifique talk at the Leeds City Museum on the evolution of mimicry and camouflage.  For those of you who aren’t familiar with the concept, Cafe Scientifique offers an opportunity for scientists to give short (or long, depending on how it is run) talks on their research to a general audience and then take questions in an informal setting.  I have always been a fan of this kind of outreach, and when Clare Brown, the curator of Natural History at Leeds Museum asked if I wanted to give a talk I jumped at the opportunity.  I spent a bit of time pulling resources together for the talk and I thought I would post them here in case anybody else could find a use for them.  I have outlined the talk I gave below:

The military have been exploiting animal-like camouflage for centuries, and there are literally hundreds of patterns that are currently in use around the world.  Interestingly, despite there being such an industry around military camouflage, we still manage to get things very wrong.  For example, the United States Army is cancelling the Universal Camouflage Pattern and considers the $5 billion program to be a colossal mistake.  This was after field testing showed that the UCP was no better than many other patterns around.

Much of the earliest work on camouflage was not done by scientists, however, but by an artist-naturalist called Abbott Thayer (1849-1921).  Thayer began painting nature scenes and animals in particular, and was fascinated by their colouration.  He came to the conclusion that all animals were coloured in such a way as to conceal themselves within their environment, and wrote these ideas down in an influential 1909 book called Coloration in the Animal Kingdom (available online thanks to the Biodiversity Heritage Library).  In this book, he posits a large number of types of concealing colouration include:

However, there was (and still is) a general feeling that Thayer went too far in seeing mimicry everywhere he looked. One of the most vocal opponents of Thayer’s work was the former US president Teddy Roosevelt, who wrote a response to Thayer in 1911 (the paper is available from the American Museum of Natural History – what a shame that modern presidents no longer write scientific papers…). Roosevelt might seem like a strange person to be discussing camouflage colouration in animals, but actually it isn’t that bizarre.  You see Roosevelt (who, ironically, was also a Nobel Peace Prize Winner) was an avid hunter who claimed in 1893 that “…it has been my good luck to kill every kind of game properly belonging to the United States.” On a subsequent trip to Africa, he and his party killed 11,397 animals – including some that are endangered today. Roosevelt felt strongly that his experience of shooting game suggested that Thayer’s ideas went too far in proposing that all colouration had a concealing function.  Nevertheless, we have demonstrated in recent years that Thayer was correct in the sorts of mechanisms that he proposed, even if he overstated the extent of the phenomenon.

Mimicry is a slightly different concept, where an animal mimics another animal. I illustrated this concept with Revels (pictured). Revels are an interesting case of mimicry: there are a variety of different flavours which vary in their popularity (caramel, honeycomb, chocolate and raisin centres are often preferred, while orange and coffee are notoriously disliked) and a variety of shapes that bear varying levels of resemblance to one another. Many people never eat revels because they don’t like the coffee and/or orange flavours.  This is an example of Batesian mimicry, named after Henry Walter Bates, whereby some animals (in this case flavours) are eaten less because they resemble an animal that is distasteful or dangerous. Having bought a bag of revels, some people learn to avoid certain shapes.  For example, the saucer-shaped chocolates are almost always chocolate and the nobbly chocolates are usually raisin.  However, two of the three spherical chocolates are both unpopular: orange and coffee, meaning that it is easy to avoid unpopular chocolates with a simple rule: avoid all spherical chocolates.  This is an example of Müllerian mimicry, named after Fritz Müller, where different species of distasteful or dangerous animals benefit from sharing the same warning signal. Mars, the company that makes revels, famously conducted a Big Brother-style eviction of the least favourite flavour, replacing it with strawberry in 2008. 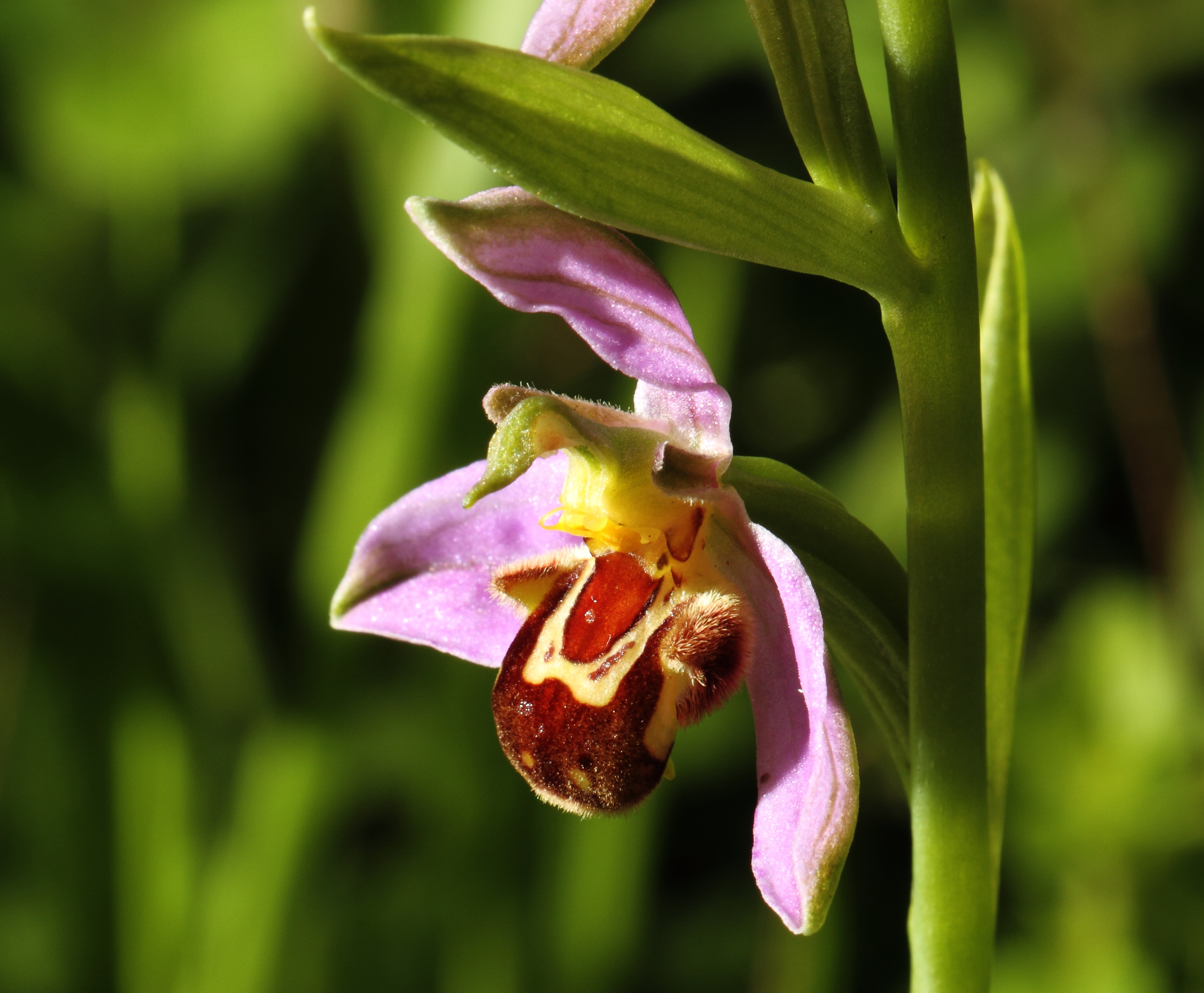 There are lots of reasons why this mimicry might evolve aside from predation. For example, some species have evolved mimicry in order to capture prey – the angler fish, a deep sea fish with a glowing lure that dangles in front of its mouth – is a good example. Some species of orchids have evolved to resemble species of bees in order to attract pollinating insects. In this sense, mimicry allows the orchids to obtain sex. However, mimicry can also evolve to reduce sex, which is important for females that are subject to harassment by males. I’ve written before about damselflies in which some females evolve to look like males so that they are harassed less.

There are also a range of peculiar examples of mimicry that arise by different means:

I finished by giving the attendees a quick quiz on hoverfly-Hymenoptera mimicry.  These are among some of the most celebrated examples of mimicry, and it is a system on which I have been working for the last few years. Here is the poster that I showed, see if you can guess which of the 12 images are of insects that will sting you (here`s a hint: there are only five!  If you want the answers, ask in the comments).

I finished by pointing out that camouflage and mimicry are two excellent examples of “biomimetics” – the process by which humans re-create natural phenomena in an engineering context. Also, despite being well aware of camouflage in nature for hundreds of years, we still struggle to replicate it to the same extent as those natural systems. However, an appreciation of the nuances involved with the evolution of camouflage and mimicry opens the way for a whole new level of understanding about animal colouration, form, and function.