As with a number of friends, I am growing increasingly concerned that the UK will vote for Brexit. My postal vote is already submitted, and I voted to remain. From our continued membership of the EU we gain human rights, environmental protection, workers’ rights, huge trade benefits, free movement, valuable immigration, a leading role in the governance of 500m people, and a place on the world stage. Specifically for my situation, I value the ability to work across borders as a researcher where I have the opportunity to learn from and work alongside academics across the continent. I am funded by an EU Fellowship which has brought cash back into the UK, am involved in EU grants which is bringing expertise and cash back into the UK, and am working to build international networks of researchers to solve major problems in sustainable urban development. Investors are pulling out of the UK for fear of Brexit, independent statistical bodies are advising of net loss if we leave, and thousands of valuable workers will be forced to go through long-winded (and currently unplanned) immigration processes to continue their contribution to our economy. Finally, this false notion of “taking back control” ignores the fact that one of our two legislative Houses is unelected, we remain an anachronistic constitutional monarchy, and only 25% of UK voters voted for the current Tory Government. To retain control, we need to stay a major player on the world stage and institute democratic reform within our borders. I’ve voted Remain, and I hope you will, too. 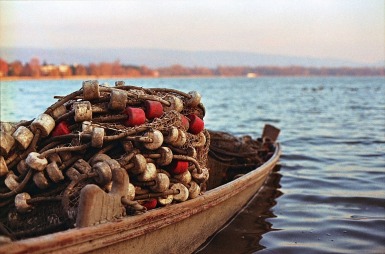 Before you start to feel bad for the fishermen (fisherpeople?) on the Thames, here are some facts:

1) Quotas are important. If we fish all the fish, there are no more fish. The fishing industry has been utterly unable to regulate itself. EU quotas have led to the glacially slow recovery of managed stocks, because the quotas are higher than scientists advise. We need lower quotas combined with no-take zones, otherwise there will be no industry at all. Furthermore, UK quotas are divided among UK fishermen by the UK government so if one individual boat loses out it’s not necessarily the EU’s fault.

2) Three large companies own 61% of all fishing quotas. This isn’t about Michael Gove’s father alone on a tiny boat in a stormy sea. This is an industry monopolised by millionaires who are fighting regulation, just like all other industries. Viewed in that light it is completely unsurprising that “Big Fish” has joined Farage, alongside his banker allies.

3) Fishing rights to certain waters are set based on historic use. The fisheries industry does not want that to change because British boats are in loads of places that definitely aren’t British.

I know emotive stories about these poor Scots in their woolly jumpers and orange hats are relatable, but (as always) it is more complicated than that. It is completely understandable that they are unhappy: the history of their industry has generated a lot of jobs that simply cannot be supported through sustainable fisheries. It seems that the fishermen think Brexit would lead to higher quotas. Someday quotas might increase, but only if ecosystem-based management leads to increases in stocks that can support higher quotas, and that is the point of the EU Common Fisheries Policy. 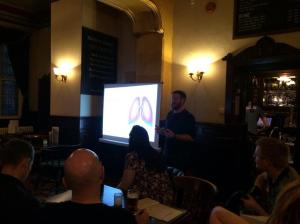 I gave a talk at the Leeds Skeptics last night – part of a mini-tour talking about “Denying the Evidence: Why People Reject Science and What We Can Do About It“. During the Q&A I was asked whether using the term “denier” was an attempt to shut down the debate over climate change. These are two interesting issues which I’ll take one at a time. END_OF_DOCUMENT_TOKEN_TO_BE_REPLACED

END_OF_DOCUMENT_TOKEN_TO_BE_REPLACED

I am prepping a few new posts to get the blog up and running after a brief hiatus.  However, I wanted to highlight the recent UK census results that were published on 11th December 2012, because I think that this is an issue that deserves more attention than it gets.  In particular, the number of people identifying as having “no religion” increased from 15% of the population to 25%, while the number identifying as “Christian” declined from 72% to 59%.  The implications for British society are two-fold:

1. Britain is not a Christian country

The decline in Brits identifying as Christian is compounded by the issues of belief vs belonging: a lot of people identify as Christian for cultural reasons rather than any theological motivations.  For example,  only 48% of people identifying as “Christian” believe that Jesus was a real person, only 15% of people attend church once per month, and those numbers are declining.  All this talk of basing government policy (which affects us all) on the morality of a book believed in only by a few is now officially bunk.

2. The Church of England no longer deserves special status

People are often amazed when they learn that there are 26 bishops who sit by right in the House of Lords.  This is anachronistic at best, but when those bishops vote as a significant bloc in derailing progressive legislation on issues such as euthanasia, and LGBT rights, it is nothing short of obscene.  There is no reason now not to go ahead with disestablishment – the removal of special status from the Church of England in terms of tax breaks and legislative roles.  This lack of progressive thinking on the part of the Church is clearly demonstrated through the rejection of the motion to permit women bishops, which failed to pass in November 2012.

The UK will be much healthier when it is governed based on secular, humanist values that both reflect contemporary society and allow change over time.

Colleen Lachowicz, a Democratic candidate for the US Senate, has come under fire for playing World of Warcraft.  Her Republican opponents went so far as to set up an entire website documenting her various activities on WoW at http://www.colleensworld.com/.  But what is so bad about WoW, or any other online game? END_OF_DOCUMENT_TOKEN_TO_BE_REPLACED